5 Things to Know About Footloose 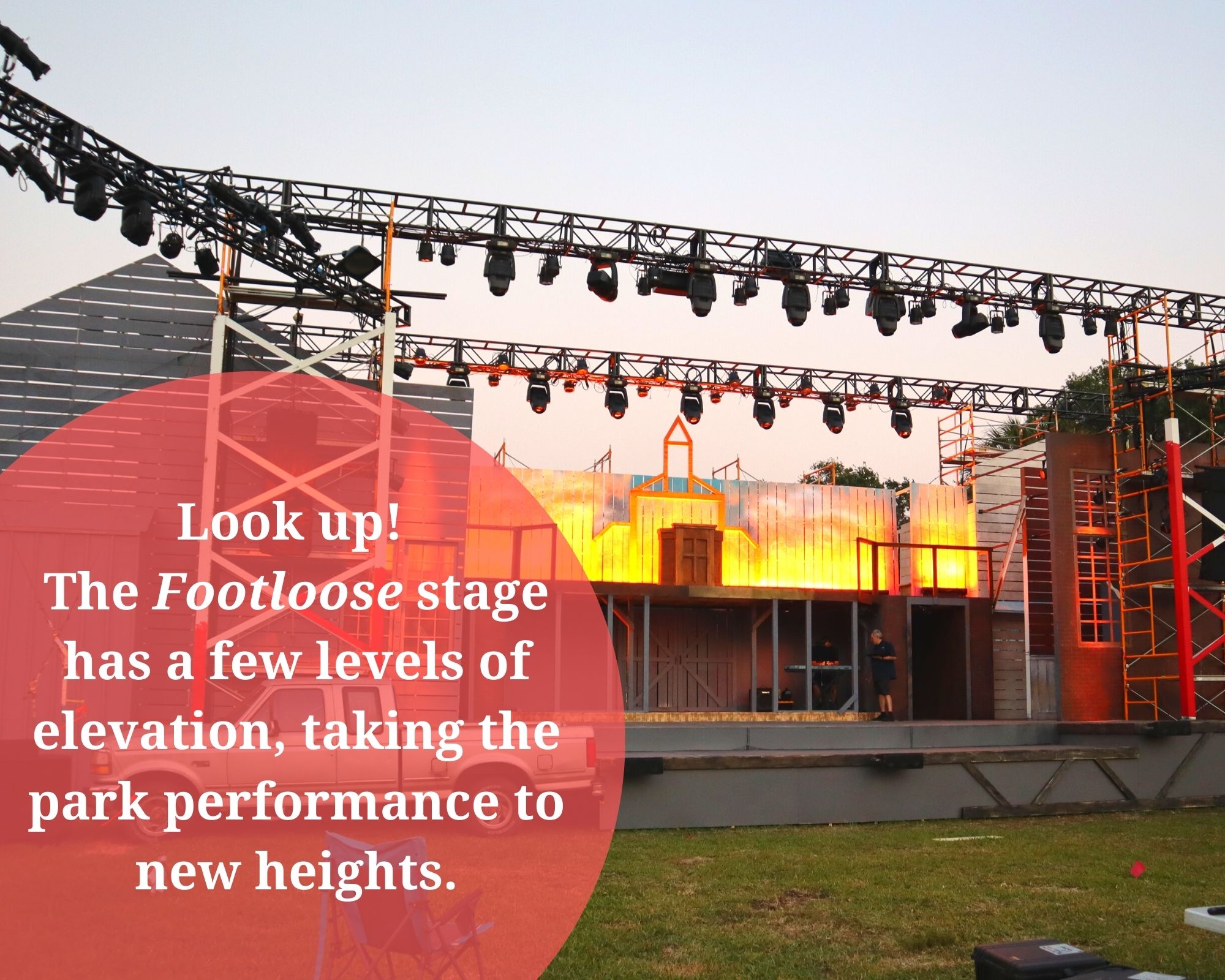 Look up! This stage is elevated.

The Footloose stage will surely catch your attention with all of the different elements to each set and scene.  From Reverend Shaw’s pulpit to Ariel’s favorite place to reflect, the performances at Demens Landing will be from all different heights.

“The water tower and the other stuff that is used to gain some elevation in the show is not something we normally do where we have actors climbing scaffolding and things like that,” said Director of Production Timon Brown. “We had a little bit of that in In the Heights but that will be unique to this show.”

The water tower was a special request from Director Shain Stroff. This is the spot Ariel comes to when she needs time to herself after the loss of her brother.

The highest point of the stage is 12 feet up in the air!

Kick off your Sunday Shoes

There are 58 pairs of shoes that will be used to cut loose.

Costume designer Saawan Tiwari said there are 585 separate pieces of clothing and accessories to complete a total of 125 costumes on the 22 actors in Footloose. 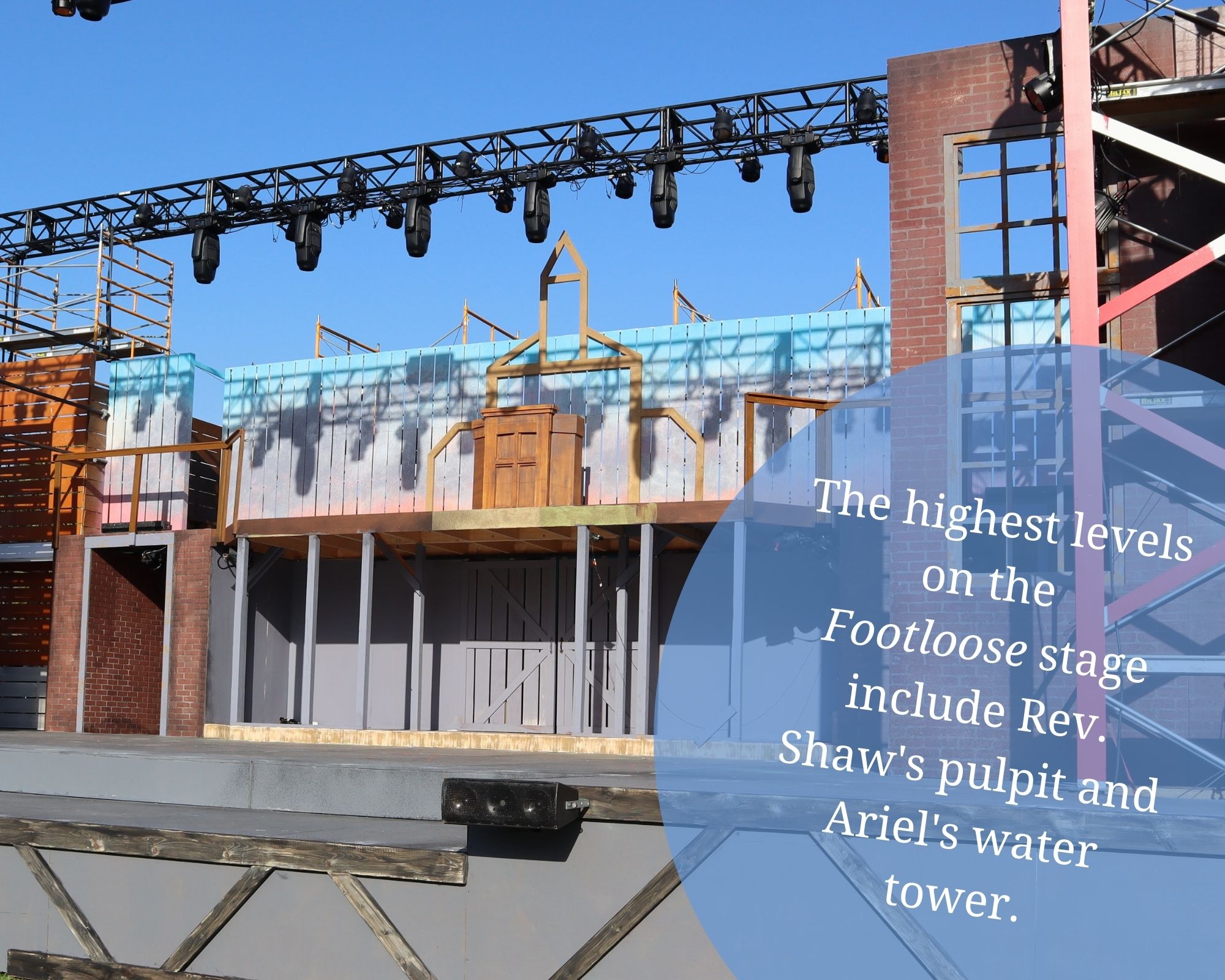 There was some “buzz” around the stage build.

Footloose in Demens Landing was postponed in 2020. The creative team at American Stage was able to dust off the plans to get started on finally building the stage, but a lot can change in two years.

With any outdoor show in Florida, you have to consider the elements of weather and critters. American Stage production team checked on the stage platforms and found a family of bees had moved in and made a new home.

No one, including the bees were harmed. American Stage worked with a beekeeper to safely remove the hive, and some of our employees enjoyed some honey from those bees. Then, the building began!

8 songs were composed to bring the show to Broadway

The 1984 movie had a number of iconic songs, still well known to this day. Audiences will get to hear these well known songs, but also some bonus music!

When the movie was adapted for the Broadway stage in 1998, composers Tom Snow and Dean Pitchford produced eight new songs.

This is the 37th Park Show!

Footloose is the 15th musical selected by American Stage to be performed at Demens Landing.

American Stage in the Park is celebrating its 37th anniversary. The tradition started in 1986 as Shakespeare in the Park. Twenty years later in 2006, the theatre wanted to bring musicals to the park for audiences to enjoy. The first musical selected in 2006 is Crowns, by Regina Taylor, starting a new tradition.