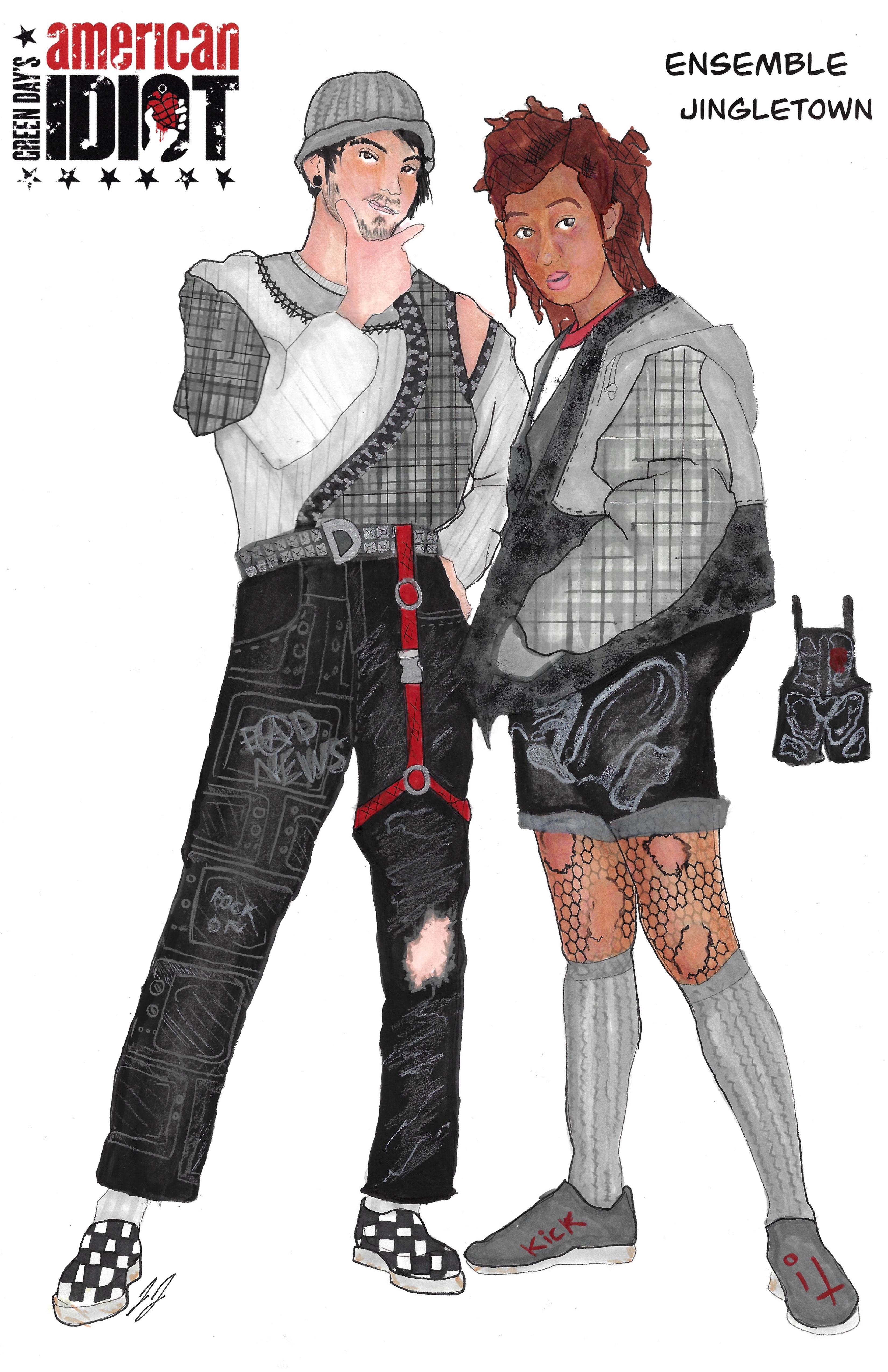 St. Pete costume designer Jordan Jeffers is diving into the world of punk for his next project Green Day's American Idiot. We asked him some questions about his design inspiration and what it is like creating this world.

What excites you about designing this show (the first of Season 45) for American Stage?

Jeffers: I find it fun to reconnect with content that structured my younger years, as for a lot of people, American Idiot was vastly influential in my personal self discovery and rebellion. It’s  always fun to reimagine a show that everyone is super familiar with and bring a new light and breath to the piece itself, reformatting and leaving the audience to re-evaluate something that they find comfortable and familiar. To be opening the season is such an honor, it’s the champagne toast to both celebrating the past and a fruitful future. I think American Idiot really sets the stage for some hard hitting topics through a well curated season.

Green Day’s American Idiot premiered in 2010, but punk has been around since the 1970's. Are there specific punk influences from over the decades you are looking to for your inspiration for this show?

Jeffers: I really am trying to incorporate all facets of the wide span influence punk had on fashion and other groups. Having representation of those small nuances builds a deeper story, from rock to rap music. In my design process, I’ve been drawn to the individuality and personalization the distressing of garments becomes. Written as a call to action against the Bush administration, I really am interested in using those moments of individuality as points of modern awareness and protest. The art of subliminal call to action. 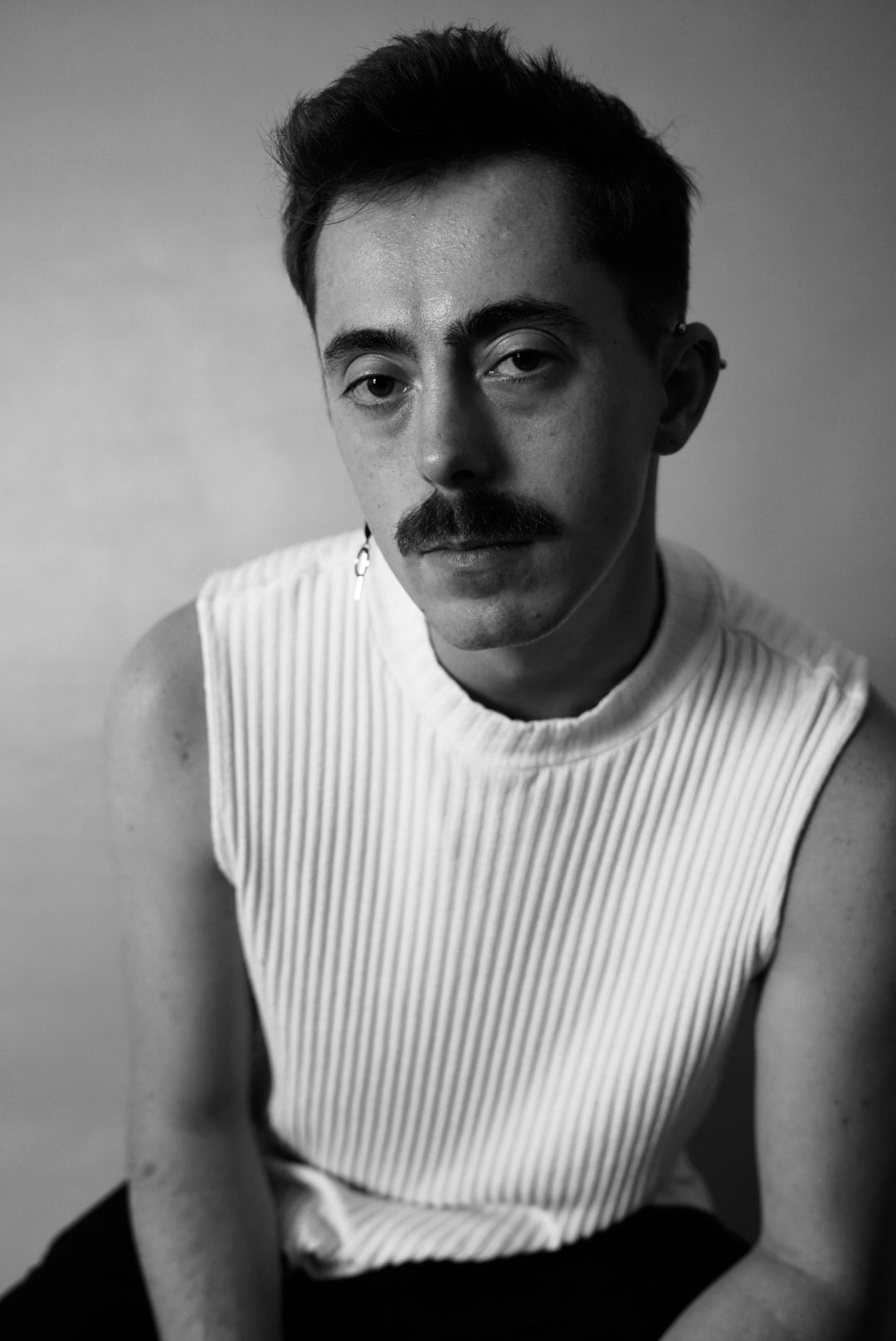 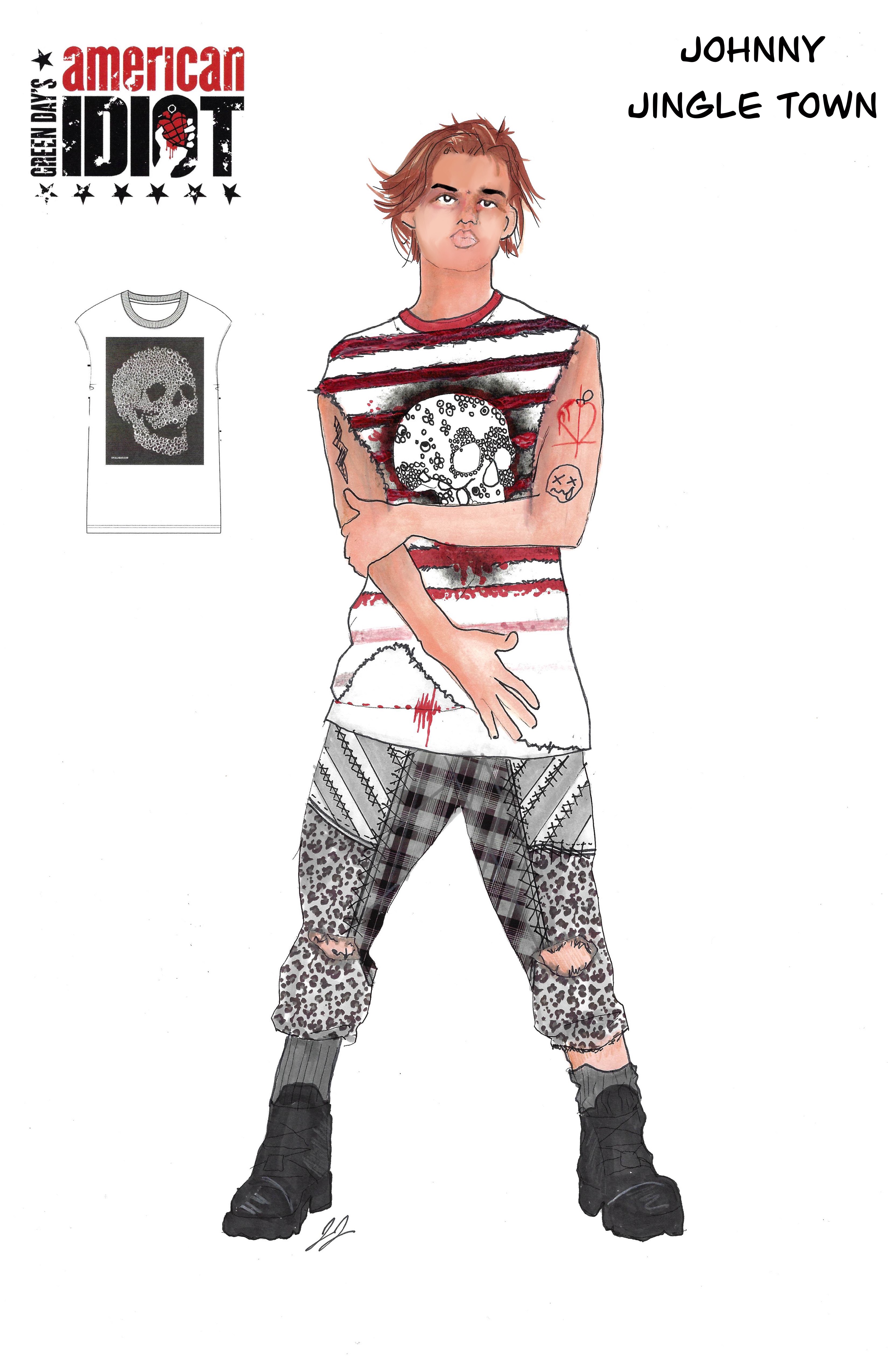 Does the music to the show offer any inspiration to you for designing this show? If you have a favorite song from the show, will you share it with us?

Jeffers: Of course!  Though melodically simple Billie Jol has some very provocative concepts layered in his lyrics, they capture the zeitgeist every generation hits where we ask ourselves “Is there more?” and how we process that when faced with that question. I don’t take direct inspiration from particular lyrics, rather the composite they create. As a long time Green Day fan, that’s a hard question to answer… but “Letter Bomb” will always have a place in my rebel heart.

There will be a band part of this show, will their outfits coordinate with the cast?

Jeffers: Yes, we are anticipating the band being seen, which is very exciting! In a way they will be adapted into the world we are creating, but will be uniform so they don’t take away from the depth and character design of the story being portrayed. The goal is to give them a classic Green Day look with a black base and the classic red tie.

Without giving too much away, what is a character you are most excited to reveal to audiences?

Jeffers: It’s always so hard to pick just one! If I was to narrow it down I’m excited for the more fantasy moments that the audience won’t see coming! They are bright transcendent palettes  with some really fun and unique techniques that will add a wow factor into the world of the show.