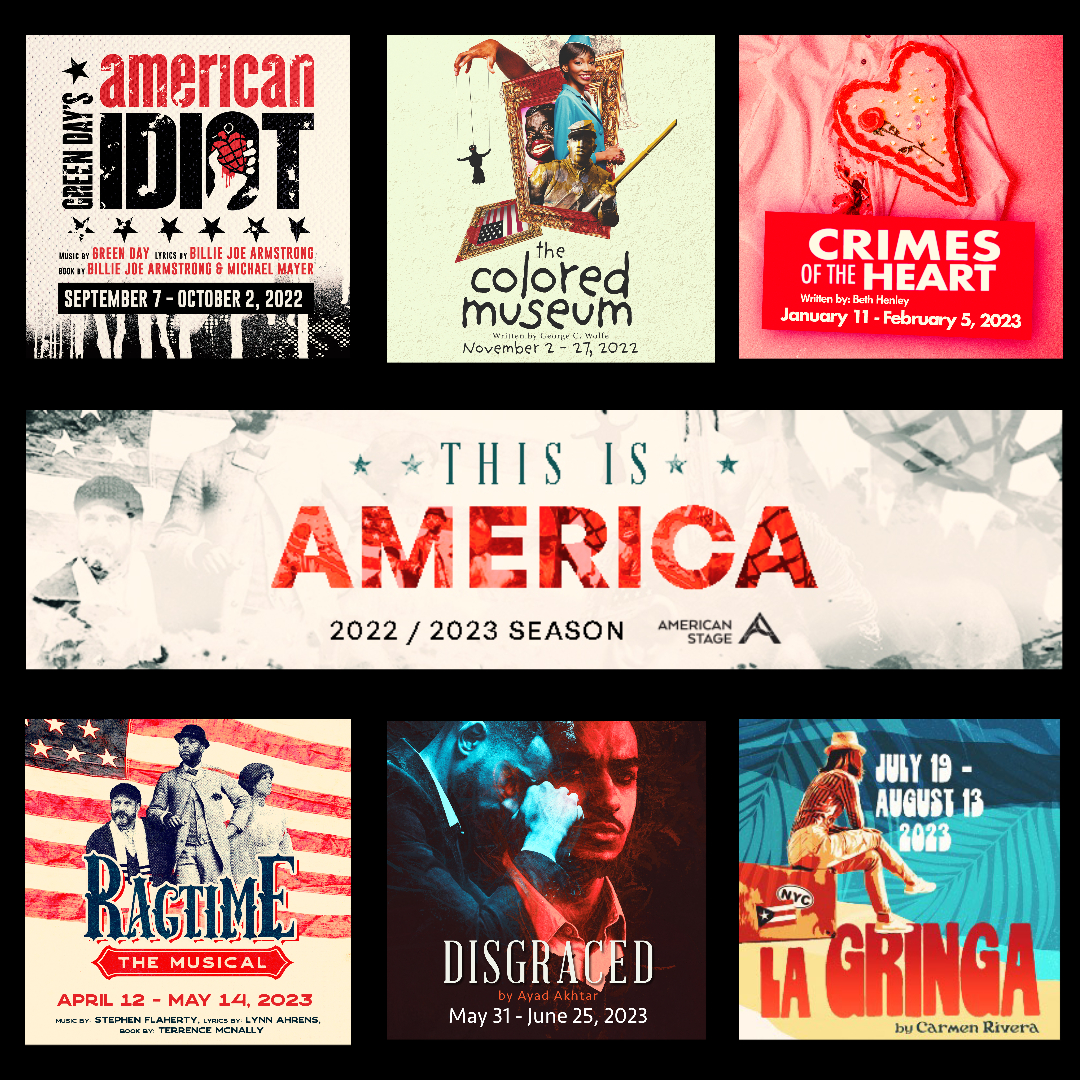 Since its founding in 1977, American Stage, the Bay area’s longest operating professional theater, has striven to produce the broadest possible array of compelling stories – to tell them boldly and beautifully, and to make them accessible to all.

As the 2022-2023 season approaches, American Stage celebrates a laudable milestone - 45 years of manifesting excellence both on stage and in the community. To put an exclamation point on the celebration, tickets to all mainstage productions will be offered at only $45. Still other performances, classes, and readings will be offered at reduced or no cost. Flex pass programs and discounted ticket programs for patrons under 20 will break down some of the traditional barriers that hinder accessibility to live theatre.

“This is America,” the anniversary season’s theme, represents a strong rededication to honoring the power of live theatre - not only to engage diverse audiences, but to reflect them - to capture the relevance of yesterday and today, all while moving forward with intention and a commitment to equity, diversity, and inclusion.

In a recent interview, Associate Artistic Producers Rachel Harrison and Patrick Arthur Jackson eagerly discussed how this rededication will inform the goals of American Stage, mirror the season’s theme, and shape their vision moving forward.

“In many ways the meaning of a 45th anniversary for American Stage directly reflects the This is America theme,” explains Jackson. “The productions weave through time telling us so much about where we’ve been, where we are and where we’re going. It’s the perfect foundation for celebrating American Stage’s past while setting the direction forward into the next 45 years.”

Harrison adds, “This is America will present insights into the reality of what it means to be American from many perspectives, cultures, religions and eras. It’s always gratifying to provide a live stage experience that allows a theatre goer to recognize him or herself,” says Harrison, “but we also really hope that our patrons will take the journey with us through the season so that they might also experience points of view unfamiliar to them, not just those in their comfort zone. We need to learn about and try to understand one another.”

From pre-WWl honky tonks through the 80s rock era and into present-day, the Mainstage and Park productions for the 2022-23 anniversary season reflect the “This is America” theme in compelling fashion. Penetrating, musical and humorous stories from Black, Latin, and Middle Eastern culture explore multiple perspectives of the American experience - and how those perspectives sometimes collide. From hard rockers to Southern belles – from a Pakastani-American lawyer to a young Latina trying to find herself, the season embodies the very heart of diversity and the hope for understanding. 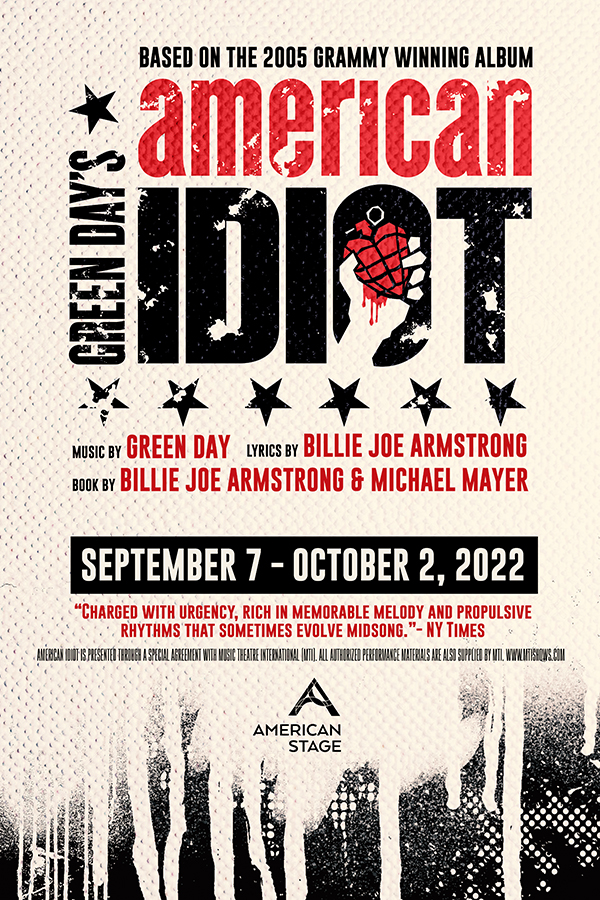 Ragtime the Musical (American Stage in the Park)

Collaboration, representation, and new spaces pervade American Stage’s updated model in season 45. “Park” will continue off-site at Demon’s Landing, but new and exciting off-campus offerings, many at reduced or no cost, will expand opportunities for all to experience live theatre throughout Pinellas County. “We hope to facilitate atmospheres that are inviting to those who love theatre, but may live in outer county areas,” says Director of Community Engagement, Erica Sutherlin. “We also hope to cultivate new audiences, create new theatre lovers, and increase accessibility to underserved communities.”

For example, Sutherlin has overseen a new partnership with Creative Pinellas, the county’s arts advocacy organization. First Mondays are free readings held at the gallery space in Largo each first Monday of the month at 7pm. The idea is to “expand the opportunity to bring American Stage to everyone in Pinellas,” says Sutherlin.

Lift Every Voice – New Play Festival, an updated incarnation of 21st Century Voices, expands its mission in 22-23 - not only giving a platform to new and exciting writers, but to be mindful that those voices are as diverse as America. Evidence of this is found in the new partnership with the James Museum. The multi-day festival will be held on the museum campus and promises to showcase the work of at least one indigenous playwright each year. There will also be an opportunity for submitting playwrights to have assistance from American Stage in developing their work.

“The goal is to expand opportunities to underserved groups of theatre makers,” says Jackson. “We’re always asking ‘how do we cultivate artistic relationships with many cultures throughout the year. How do we best tell the stories of all Americans.’

Director of Education, Jose Aviles, is embarking on plans to update and create new arts educational programming for students and adults.

The continuing partnership with the county school system has included school tour productions, on-site and virtual classes and summer camps. Moving forward, opportunities in education will expand in ways that embody the vision of the anniversary season. For instance:

Write On Pinellas offers playwriting intensives to Title 1 schools, but a new component, Sí Se Puede (Yes We Can), will provide students, for whom English is a second language, the opportunity to create theatre in their own language.

Theatre legacy courses will illuminate the rich history of theatre in the context of multiple cultural communities so all students can see themselves represented in the arts with this very innovative integration of art and history.

Master classes will expand for adults, led by local and guest artists. “Attendees can learn to create life changing art or simply have fun trying something new,” says Jackson. The possibilities are limitless.”

It’s clear, there are so many ways to experience American Stage. So, jump on board. Take this journey with us as we celebrate 45 years and embark on the next 45.