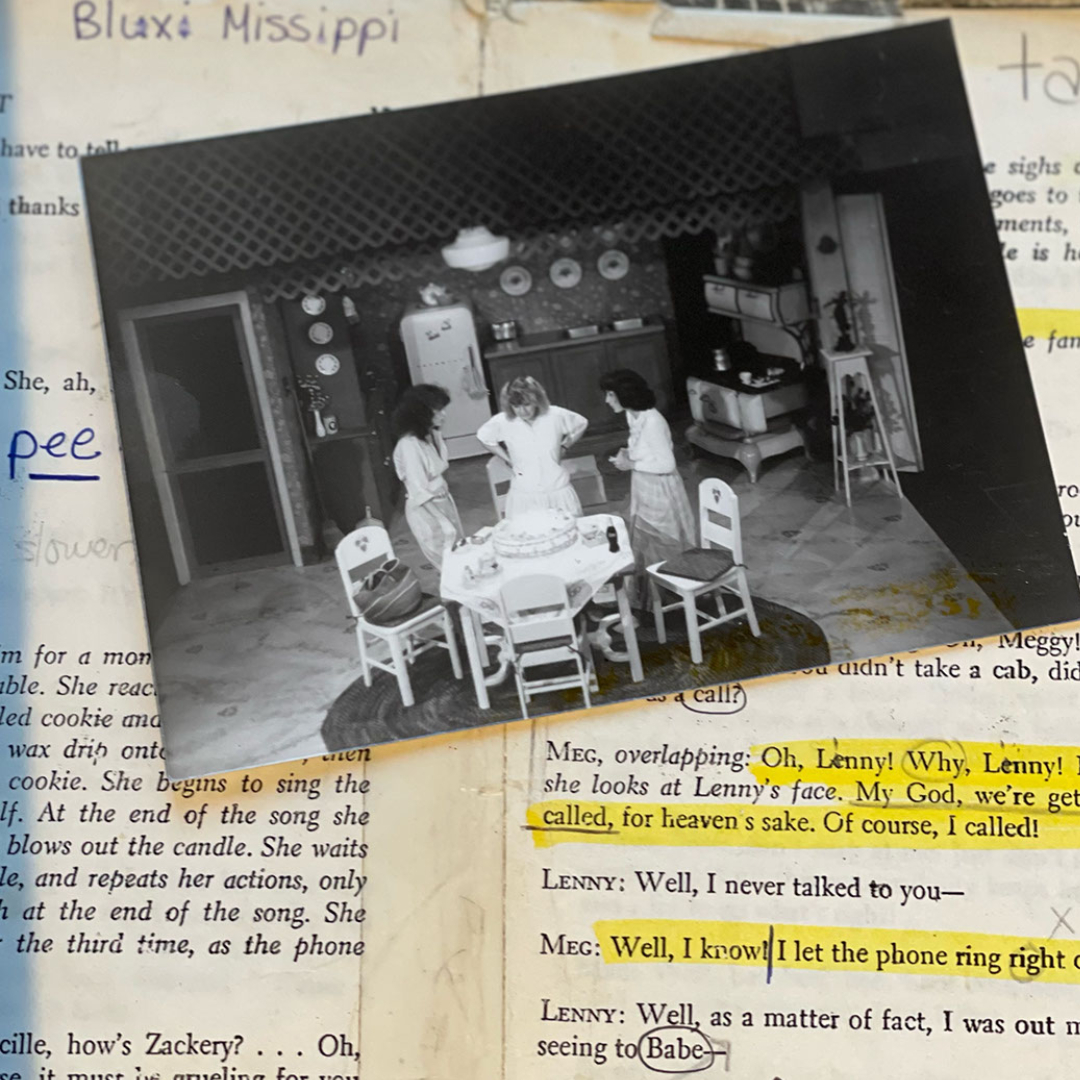 The year is 1986, and a much younger American Stage is gearing up to produce Pulitzer Prize-winning Crimes of the Heart on the Mainstage.

It’s the same year that the star-studded movie adaption starring Jessica Lange, Sissy Spacek, and Diane Keaton debuted, and the budding theatre company is ready to tackle this heartwarming yet traumatic tale of sisterhood.

“It was such a great play to perform,” said then-director Victoria Holloway. “Although we did it 100 years ago.”

Fast forward 36 years later, and Crimes of the Heart is coming to the American Stage Mainstage for the first time since the original production. The story remains the same: Three sisters come together in their childhood home after one sibling (Babe) shoots her husband.

In front of a live audience, they huddle in their kitchen and work through trauma, relationship woes, and confront the red flags in their lives.

In 2023, the sisters will gather in the same kitchen, but the vibe is completely different this time around.

Unlike the original American Stage production, this year’s six-person cast all identify as people of color.

“By choosing to cast this classic play with a diverse group of actors, this gives us an opportunity to open up the conversation, and to explore more deeply and uniquely the questions raised by this complicated story,” said current director Elizabeth Margolius.

Casting didn’t set out to hire an all-BIPOC cast originally, but left the actor descriptions open. The best actors for the character got the role, something that wasn’t always case for theatre in the mid ‘80s.

Chicago-based Margolius identifies as a “movement director”, meaning she focuses on how the actor’s physical movements bring the work to life on stage.

Perhaps more so than in the ‘80s production, audiences can expect lots of colorful and emotional motions from the characters, namely the three sisters. Jumping up and down with excitement, angry cabinet slams, everything you'd expect from a family in crisis.

“There's something visceral and multi-dimensional about it,” said “Crimes of the Heart” actor Rita Cole (Lenny),” It's real heavy yet comical, which I'm excited to explore with my castmates and director.”

Another difference; we’re more than three decades out from “Crimes of the Heart” playwright, Beth Henley’s original story debut in 1979. When American Stage first visited this theatrical story, it was less than a decade out from the play’s debut.

"We plan to approach Crimes of the Heart as a re-envisioning and re-examination of a 'period piece' - meaning, we will not attempt to modernize or hide the setting of the play but we will address the obvious challenges of this piece by opening up the conversation and addressing what was happening in the larger world at the time,” Margolius said.

Audiences can expect more cultural references to ‘80s events such as Watergate and the Vietnam war.

It’s a period piece, after all, hence the colorful ‘80s fashion.

Want to be a part of history? Crimes of the Heart is currently running at American Stage through Feb. 5.