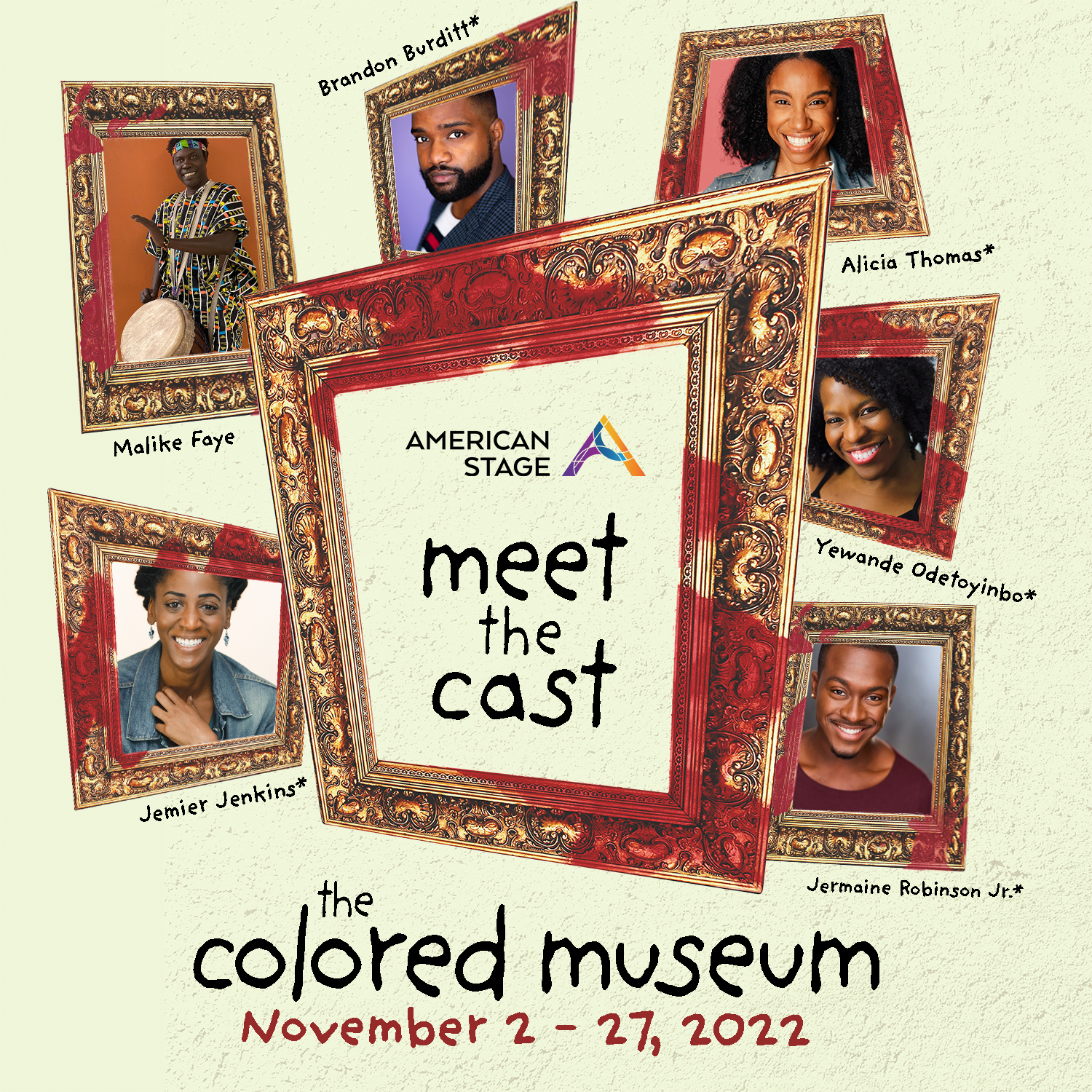 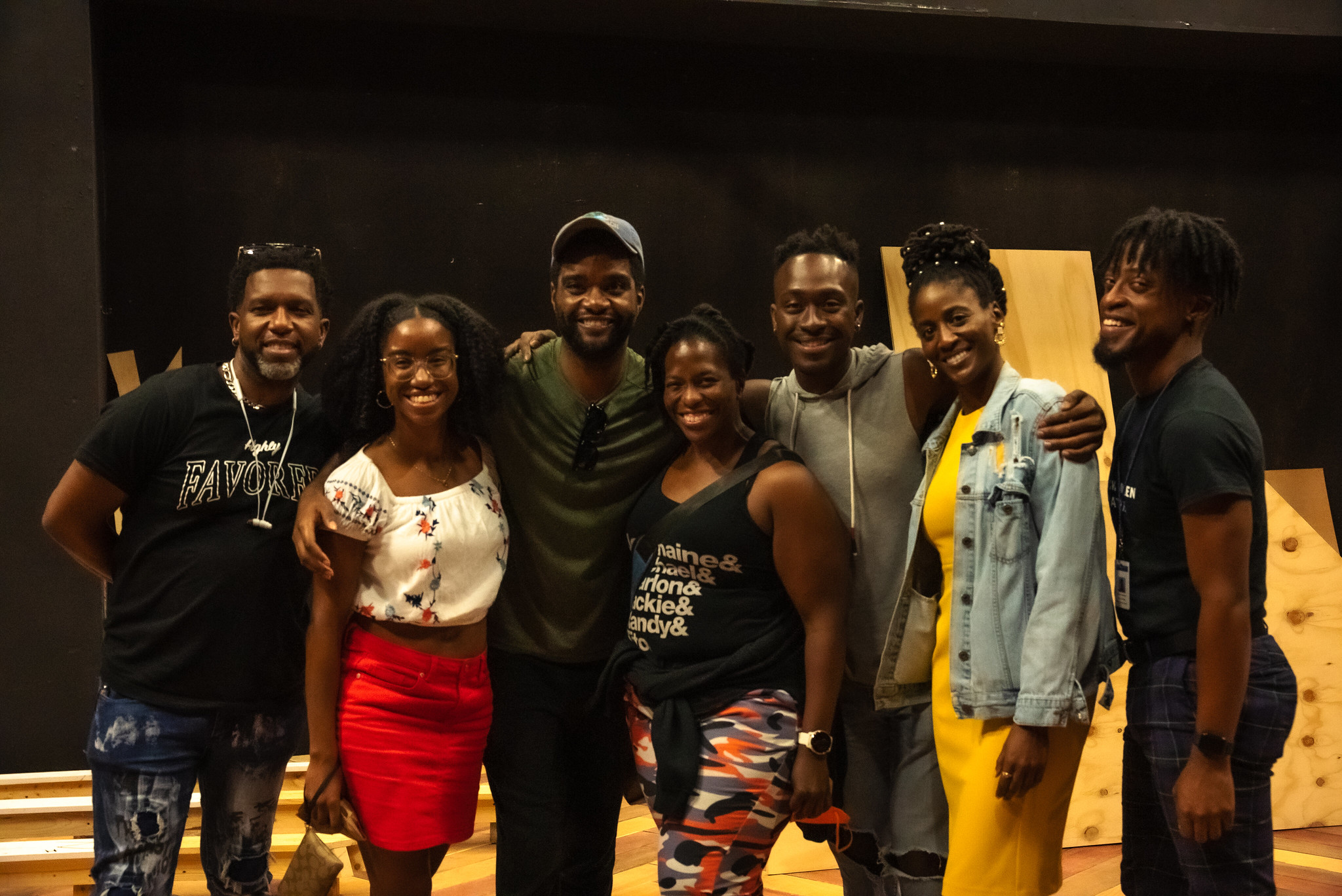 Kicking off American Stage's second show of the season, The Colored Museum will bring a cast of five to the Mainstage from November 2-27.

The audience will discover 11 "exhibits", each disturbingly funny, racially-charged, and meaningful in their own way.

‍The Colored Museum director, Atlanta-based Keith Arthur Bolden, is a seasoned film and theatre actor who has appeared in films such as the upcoming Emmet Till-based movie, “Till” and "The Conjuring: The Devil Made Me Do It", among others.

"Film supports my theatre habit," Bolden said, laughing. "My directing style is a collaborative one, I'm searching for inspiration from the designers and the actors."

Needless to say, Bolden's ready to take on the theatrical feat that is George C. Wolfe's The Colored Museum. A cast of five, along with two swings and an African-style drummer will bring the scenes, ranging from a celebrity slave-ship skit to a young woman laying an egg, to life.

The star of the first scene is sunny flight attendant "Mrs. Pat". played by Bronx-based and St. Pete native Jemier Jenkins. Jenkins also plays "LaWanda", "Medea", "Little Girl", and "Normal Jean". However, Mrs. Pat is the start of the show and commands the audience's attention with her tongue-in-cheek boarding speech that will ultimately lead passengers to slavery, literal and figurative.

"Black stories are American stories, however, they are often regulated to Black History Month. We often hear the cliché, "America is a melting pot", but rarely do we internalize that with her stories," Jenkins said. Now, more than ever, both telling Black stories and highlighting marginalized people's experiences are essential." 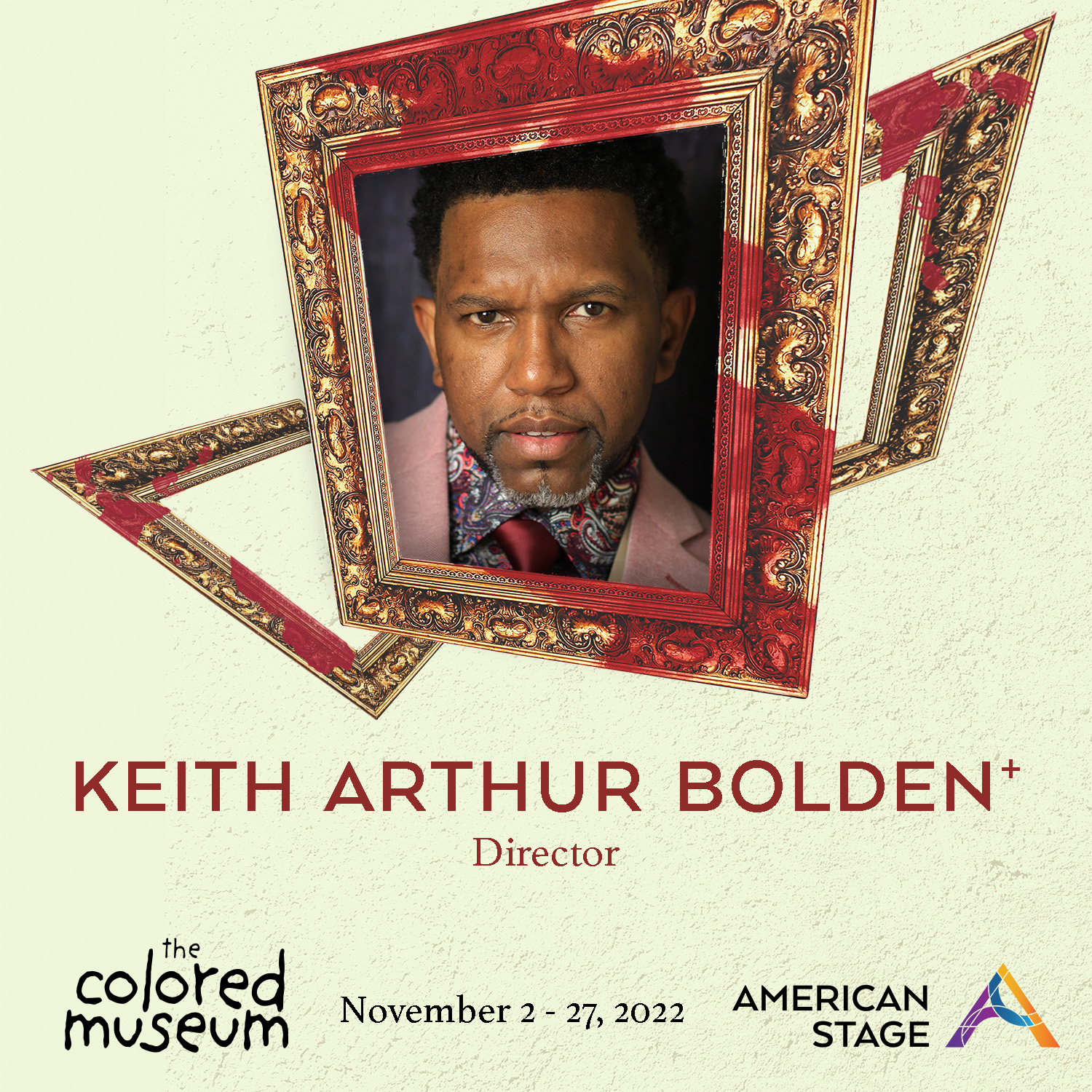 ‍The Colored Museum is not a musical, but musical elements help tell the story. Malick Faye is an African percussionist who will play in his traditional Senegal-inspired way throughout the show.

Faye's played for celebrities and politicians at various events, including the rapper Ludacris. Bolden hopes to bring Faye's master drumming, cast members, and The Colored Museum designers together to recreate this important Black story.

"This piece is essentially holding up a mirror to society," Bolen said. "It's important, because we are reminded of tragedy, but also what comes out of tragedy."

About The Colored Museum

The Colored Museum is an 11-skit dark comedy written by American playwright George C. Wolfe that maneuvers through themes of Black stereotypes and identity. This is a story about people of color, told by people of color. High-brow comedy and beats from an African percussionist will captivate the audience, but the bigger picture is a story of overcoming oppression with art and storytelling.