History of American Stage in the Park and Demens Landing 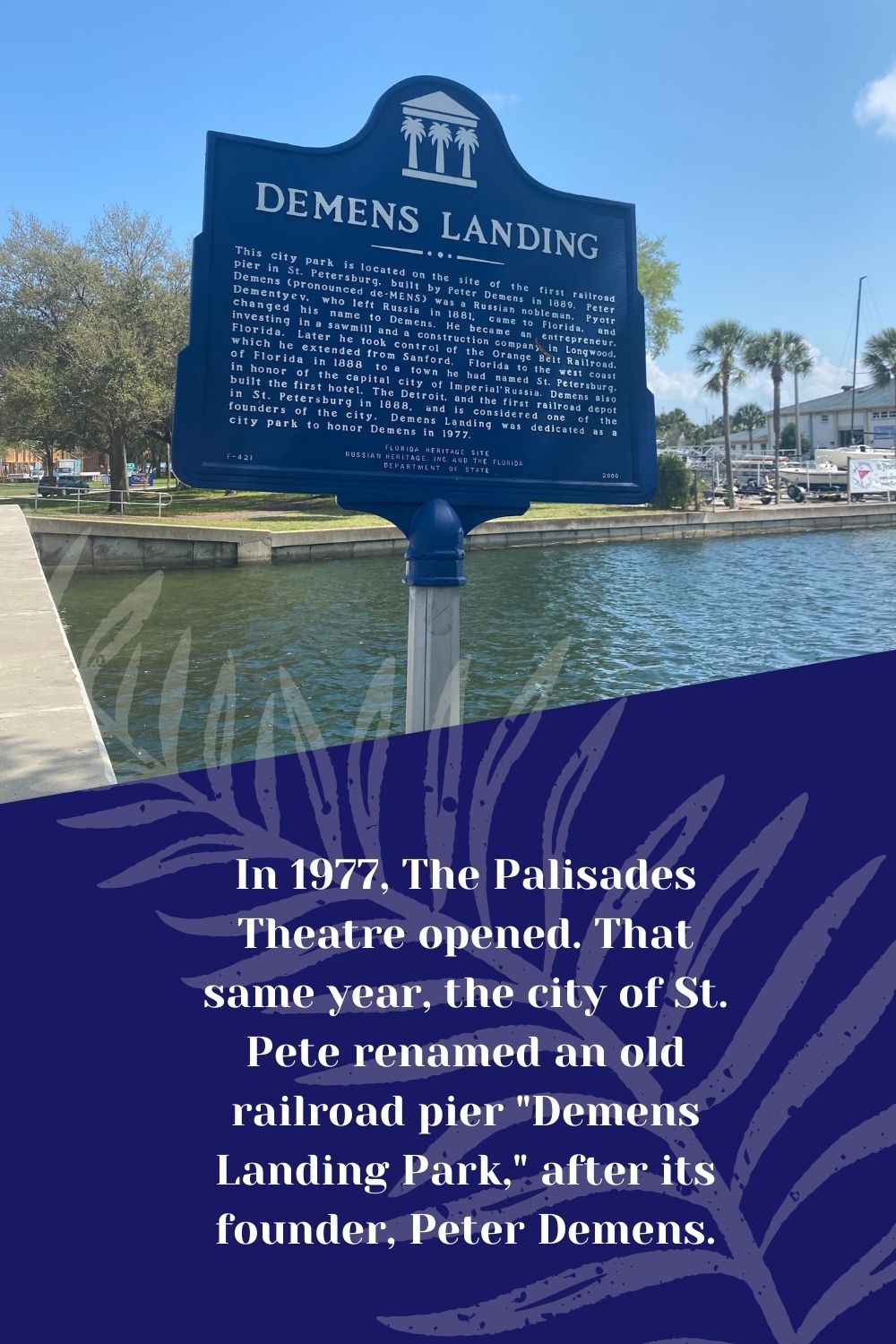 American Stage in the Park has been a tradition in St. Petersburg for 37 years. The theater opened in 1977, originally named  the Palisades Theatre, later renamed American Stage Theatre Company.

Demens came to Florida in 1881 with the dream of connecting Florida coast to coast with the Orange Belt Railway.

On June 8th, 1888, the first route on the new railway was completed. Along with it, a hotel, The Detroit, was built. Demens named the new stop St. Petersburg, after his birthplace. Demens sold the railway just a year later and left Florida shortly after.

Fast forward almost a century, performances at Demens Landing started in 1986 as Shakespeare in the Park. That first year the company produced The Taming of the Shrew. The production ran for eight performances, and an estimated 8,000 people attended.

This was the start of a deep-rooted tradition in downtown St. Pete.
‍ 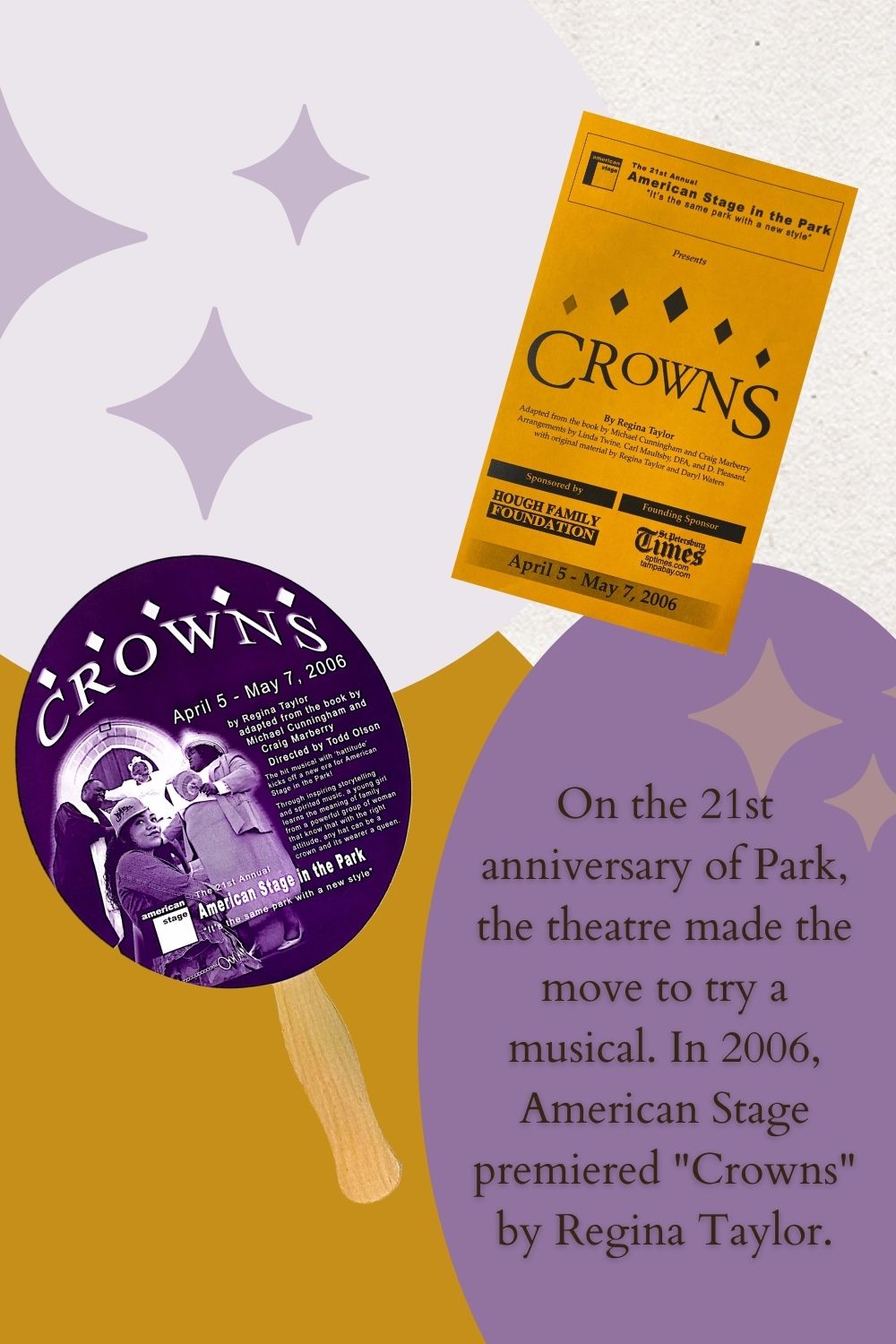 In 1991, American Stage expanded the shows over the bridge. According to the Tampa Bay Times, the theatre attempted to perform A Midsummer Night’s Dream at Tampa’s at Curtis Hixon Park. Unfortunately, all but one performance was rained out.

The theatre tried again in 1998. American Stage produced eight additional performances of (coincidentally) A Midsummer Night’s Dream at Curtis Hixon. This was a new challenge for the technical staff, who had to take down the set and transport it across the Bay. Although achievable, the stress and time it took to move the production solidified Demens Landing as Park’s home.

In 2002, American Stage decided it was time to change again. The theatre presented their first adaptation of a Shakespearean play, The Bomb-itty of Errors. The show did not bomb though, to this day it remains one of the most memorable productions.

On the 21st anniversary of Park, the theatre made the move to try a musical. In 2006, American Stage premiered Crowns by Regina Taylor.

After this production, musicals became the new normal for American Stage in the Park.

The theatre wanted something big for its 25th anniversary, so in 2010 they went with HAIR. Over 15,000 people attended the production, making it the highest attended Park show ever.

Some of the most recent musicals in the park include Mamma Mia!, Hairspray, Spamalot, The Producers, and In the Heights.

In 2020 American Stage was mere weeks away from opening Footloose at Demens Landing.

Production was immediately halted though due to the COVID-19 pandemic.

Now, two years later, rehearsals are finally starting. The cast and crew are in place. All that’s left is to add the blanket and a picnic basket to celebrate the return of American Stage in the Park.