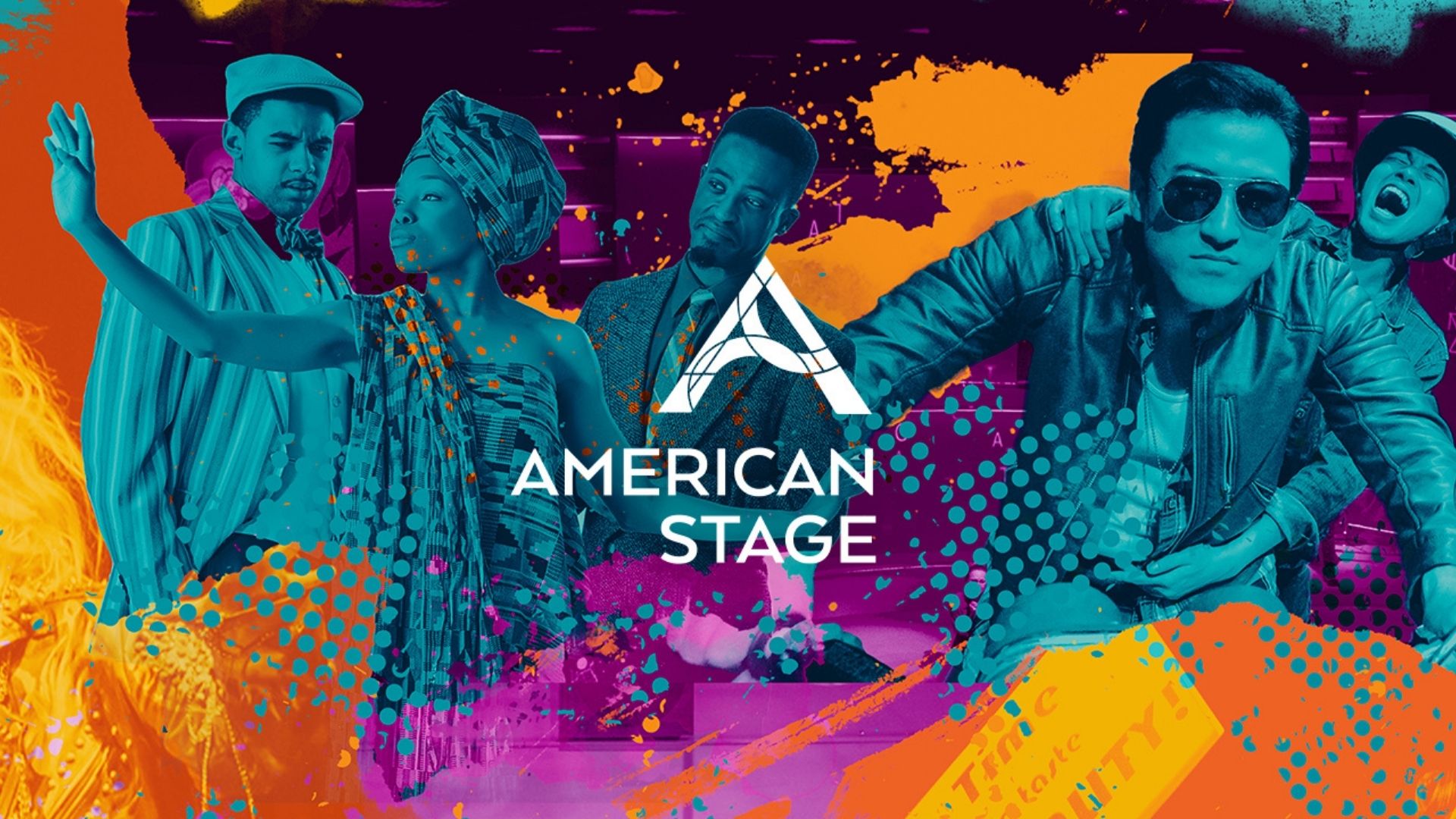 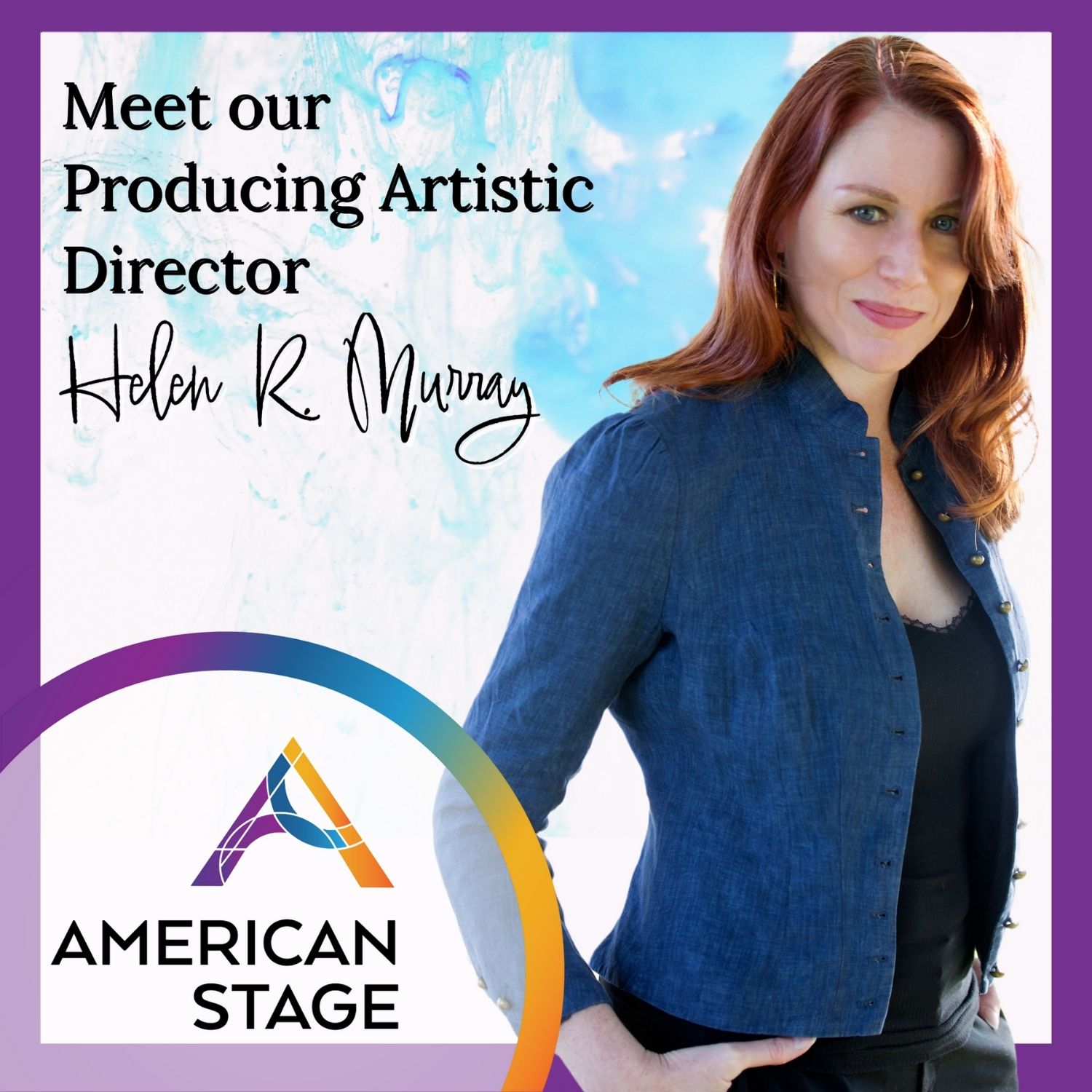 Following a national search, American Stage Theatre Company and its Board of Trustees have selected Helen R. Murray as its next Producing Artistic Director.

“The role of Producing Artistic Director is a huge job,” said Anastasia C. Hiotis, Chair of American Stage’s Board of Trustees. “Helen emerged as the most well rounded candidate with just the right skill set and demeanor.”

“I was very drawn to the work American Stage is doing to push for the inclusion of new narratives on their stage,” said Murray. “This is central to who I am as a theatre maker. After meeting the board and staff I felt an allyship in how art is integral to quality of life, and I understood the passion and care they take with this company.”

Murray went on to say, “This is such an exciting time to be making theatre! There are so many opportunities to connect with audiences and community at every age and background.”

Murray brings an impressive multi-disciplinary career to American Stage. She is the recipient of the Puffin Foundation Award for Outstanding Emerging Artist, the Washington Canadian Partnership Award for Leadership in the Arts, and her play Redder Blood won the 2016 Jewish Playwriting Contest. She is the outgoing Executive Director of the Aurora Fox Theatre in Aurora, Colorado. Before that she served as Artistic Director of the Hub Theatre in Virginia.

She has built an artistic career on championing new play development both for up and coming and well established writers. Her own original plays have been produced by the Hub Theatre, Theatre Alliance, Arts West, Malibu Playhouse, the JCC of Northern Virginia and have been seen at the Kennedy Center’s Page to Stage Festival; she continues to mentor for the Writer's Guild Initiative out of NYC.

“American Stage welcomed the artist that I am and the leader I always endeavor to be,” said Murray. “I hope what I am bringing to St. Petersburg and American Stage audiences is a willingness to listen to what is happening in this community, the state, and the nation; and an invitation to our community to be both challenged and welcomed with our programming.”

American Stage worked with Management Consultants for the Arts to bring together a collection of local and national applicants. “We want to make sure our community understands the thoroughness of our search and consideration of all talent regardless of location,” said Hiotis. “While it was a hard decision for us because we had a great group of local and national talent under consideration, Helen’s experience running a large theatre as well as having started her own theatre gave her an undeniable advantage.”

“I want to know what matters to the staff, the board, our audiences, our community,” said Murray. “I am super excited to meet new directors and designers and to see how American Stage is making theatre. I am looking forward to it feeling like my artistic home and will work very hard to make sure it feels that way for everyone that walks through American Stage's doors.”

“I'm really looking forward to working with Helen as American Stage celebrates its 45year,” said interim Executive Director CJ Zygadlo. “Her experience and enthusiasm will benefit the theatre and our entire City of the Arts. Helen's nourishment of new works is particularly exciting to me.”

Murray will join American Stage in October. She will reside in St. Petersburg full-time.

Helen R. Murray is an award-winning playwright and director, the outgoing Executive Producer for the Aurora Fox Arts Center, and the former Artistic Director of the Hub Theatre in Virginia. Her original plays have been produced by the Hub Theatre, Theatre Alliance, Arts West, Malibu Playhouse, the JCC of Northern Virginia and have been seen at the Kennedy Center’s Page to Stage Festival; she continues to mentor for the Writer's Guild Initiative out of NYC. She has directed across the country including Malibu Playhouse, The Hub Theatre, The Aurora Fox, Montgomery College, Spooky Action Theatre, and the Kennedy Center P2S. In addition to her roles offstage, Helen has worked as an actor in many Washington, D.C. area theaters, including Folger Theatre, Woolly Mammoth, Theatre J, Forum Theatre, Theatre Alliance, Rorschach Theatre, Keegan Theatre, the Inkwell, the Source Festival, and the Beckett Centenary Festival. Helen has also appeared in numerous independent films and commercials. Her co-adaptation of Wonderful Life earned her a Helen Hayes Award nomination for Outstanding New Play, and her original play, Abominable, was nominated for the national Steinberg New Play Award. She is also the recipient of the Puffin Foundation Award for Outstanding Emerging Artist, the Washington Canadian Partnership Award for Leadership in the Arts, and her play Redder Blood won the Jewish Playwriting Contest.