Meet the Cast of Footloose at American Stage in the Park 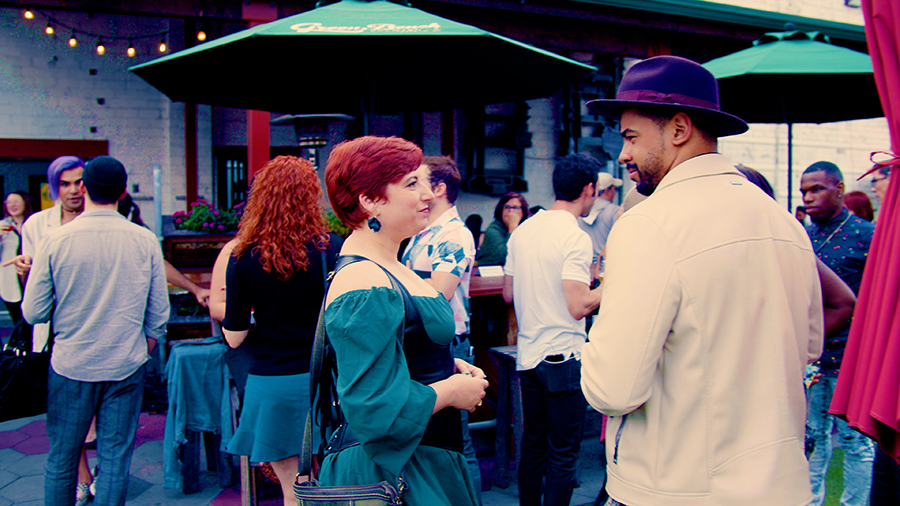 It’s been two years since American Stage had to postpone their annual Park production because of the COVID-19 pandemic. Now more than 600 days later the cast of Footloose are just about ready to kick off their Sunday shoes.

Long time Park director Shain Stroff is back to direct and choreograph. Stroff previously worked on Spamalot, The Producers, Hairspray, and Mamma Mia.

For Stroff, this production of Footloose has been a long time coming. He was originally hired to choreograph the show in 2020 before the production was delayed.

“I feel the show has been simmering and waiting to be served since then,” said Stroff. “This show is such a celebration of life and new beginnings, and that is exactly what this year's Park show is going to feel like for St. Petersburg/Tampa audiences.”

Leading the celebration as Ren McCormack is actor Alex DeLeo, making his debut at American Stage. DeLeo has previously performed in Kinky Boots and Wicked on Broadway.

“I’m very excited to bring a show about the need for dancing and expressing yourself after the past few years living in a pandemic,” DeLeo said.

Footloose is centered around Ren and his drive to bring change to his community, where dancing and rock ‘n’ roll music is banned. DeLeo doesn’t need to search far to find ways to connect his own story with Ren’s.

“This show will be my first show back out of a forced retirement,” DeLeo explained. “I broke my ankle performing in 2018 and thought I might never dance again. “So now to get to play a character that is told he can’t dance but shows everyone the joy that it can bring is really something special to me. I’m excited to bring that to this role and this show.”

DeLeo also said he feels Footloose will speak to people grappling with the state of our current political climate.

“The show, which follows a town with out of date and out of touch laws, is also coming at a time where we see our own leaders making restrictive laws that are harmful and unnecessary. ‘Anything worth a fear is worth a fight’ Ren is trying to fight a law so then everyone can be themselves and express themselves and be free.” 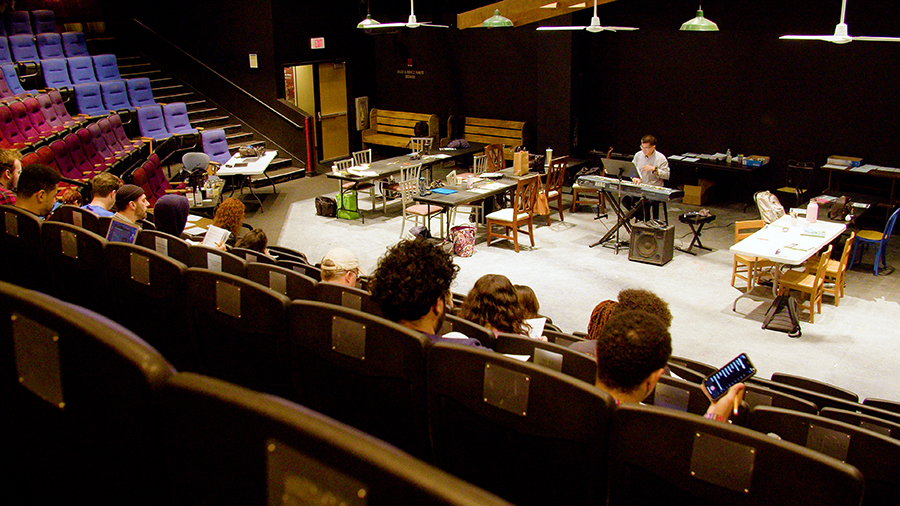 Opposite DeLeo, is Lea Marinelli. She rejoins the cast as Ariel Moore, the rebellious daughter of Reverend Shaw and Vi Moore.

“I’m so excited to be putting this show on its feet after over two years,” said Marinelli. “I was originally cast in 2020 as Ariel and I’m honored to be returning and bringing that character to life.  It’s going to be so fulfilling singing under the stars and bringing musicals back to Demens Landing!”

Marinelli mentioned she has been looking forward to a specific costume moment she will get to have.

In 2020, Perez was working with American Stage as an Apprentice and was cast in a smaller role. Now two years later Perez auditioned again and got cast in this much larger role.

“I remember working in the shop to help build the set, I remember the audition process, and now it's come to this lovely full-circle moment, except with a few more lines than I originally had.”

Troy D. Wallace is returning to American Stage to take on the role of Willard Hewitt, the town’s country boy who befriends Ren. He was last seen on the Mainstage  in 2018’s A Raisin in the Sun.

“This is my first time performing on an outdoor stage,” said Wallance. “Which will come with all new challenges and opportunities.” “What excites me about the show is how high energy it is, while also working to tell a story that is central to the life of middle America.”

“He’s definitely a huge representation of everything bad about Bomont and he’s not likable in the slightest,” Elliott commented. “But it’s kind of what’s fun about playing him, because I’d like to think that I’m the opposite? And isn’t that what’s so cool about acting and performing is being someone completely different than yourself?”

For this year’s cast, American Stage in the Park is not just another gig, it’s a return to the art form they love. After two years of covid surges, variants and vaccines, these 22 actors will get to step on a stage, lights shining down on them, the audience cheering them on and finally get to cut loose.