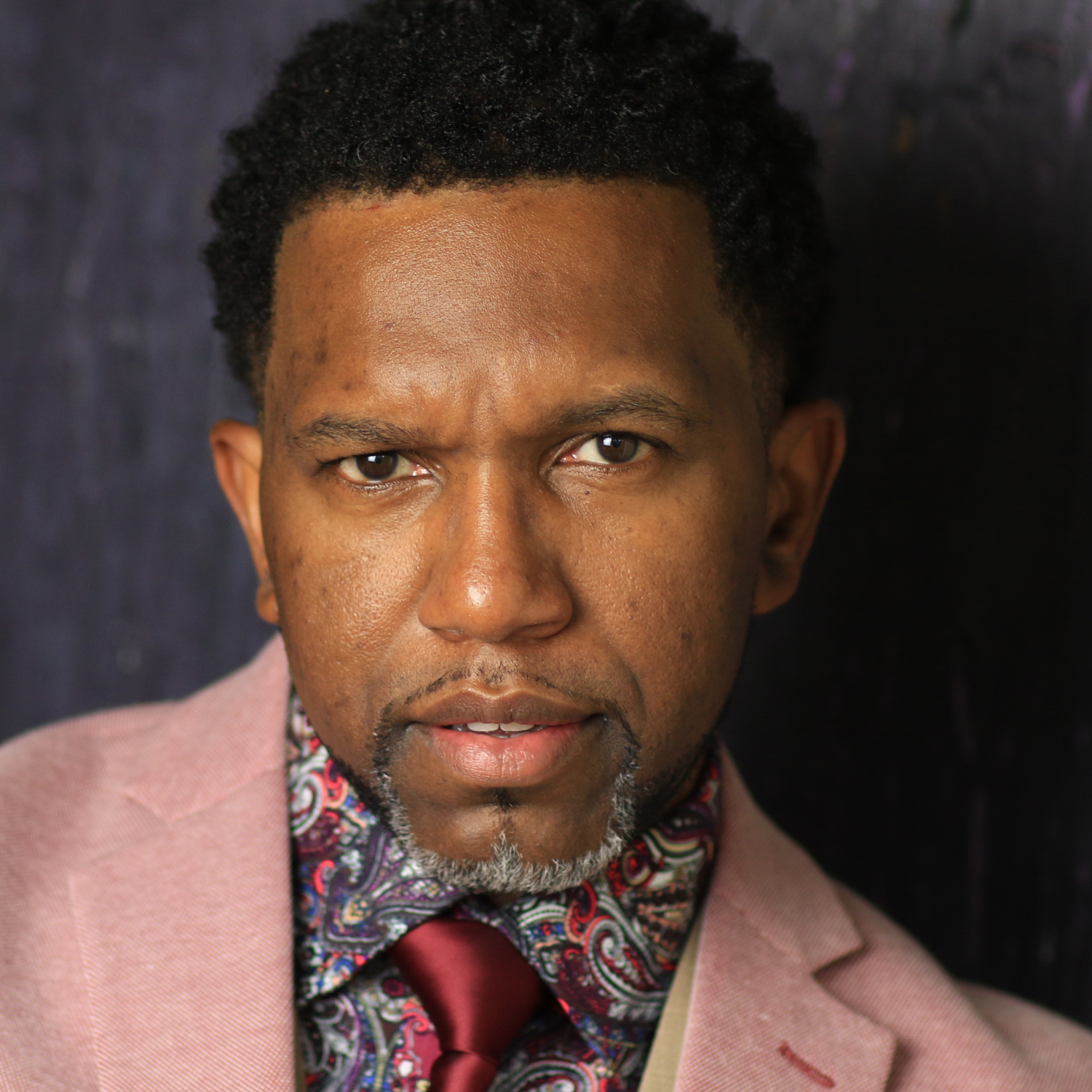 What remains thought-provoking and brilliant about George C. Wolfe’s witty and biting The Colored Museum are the challenging sub-textual messages of its cultural jabs and tropes.

Set in an imaginary hall of history, the collection of eleven short plays – or “exhibits” – are performed by a cast of five playing a variety of roles. Presenting over-the-top takes on subject matter as loaded as the Middle Passage, the military anti-hero, and Black media representation, the collection of vignettes offer a gut-punch as they reject easy conversations on Blackness in America.

In a political atmosphere as tricky as today’s, director Keith Arthur Bolden discussed preparing the actors to pull off Wolfe’s rollercoaster ride of “colored contradictions” -- and preparing the audience for the directness of its discussions on racial stereotypes amid cultural anxiety.

Bolden, whose work as an actor has been on display most recently in the TV show “Black Lightning,” was born and raised in Los Angeles, California. He received his MFA in acting from the University of Illinois at Urbana-Champaign. Currently living in Atlanta, he is a professor of Theatre at Spelman College, and calls the well-respected Alliance Theatre, where he has been a director and board member, his theatrical ‘home.’

“I think that there's a lot of conversation to be had around satire, what satire truly is,” he shared. “I think that people kind of think they understand it. But I think because of sketch TV shows they may not understand that satire doesn't always have to be funny, it doesn’t have to be uproarious.”

Bolden feels that, often, audiences today are “lacking the ability to lean into discomfort” – and end up missing out on important and meaningful messages within some of what they are viewing.

While he acknowledged that some may find the satire in The Colored Museum offensive, he also noted that if audiences are able to sit through their feelings of discomfort, they will have a better understanding of what Wolfe is alluding to through his fantastical characters and their outrageous situations.

Elements of the play may feel dated for contemporary audiences; when the play premiered in 1986, it was in the middle of the so-called “me” generation and faraway from the brutality of today’s displays of racism as played out on our phone screens.

In fact, there were no phone screens – or home computers, terms such as LGBTQIA, or YouTube videos on hair textures.

Yet the underlying messages held within the shade-filled, often hilarious, and caustic vignettes feel as current, relatable, and maddening today. One of the most hilarious pieces of the evening – “The Last Mama on The Couch Play” – a mashup inspired by Lorraine Hansberry’s 1959 award-winning play A Raisin in the Sun and Ntozake Shange’s For Colored Girls Who Have Considered Suicide / When the Rainbow Is Enuf – mocks well-worn ‘safe and sorry’ images of Black representation of the past.

Still revisited as ‘timeless classics’ these plays are often the go-to, rather than contemporary works by Black playwrights and plays; today’s writers still have to fight and claw their way into the modern theater cannon. Traditionally run by white men, largely of the baby-boomer generation, theatre companies – including the few that are Black-led -- have often been hesitant to embrace new visions, assuring that many Black stereotypes are still hanging around…and in The Colored Museum, Wolfe is daring us to laugh at them along with him.

Whether because it’s taken so long for those images to be left behind – or, because we’re aware of how many stereotypes of Blackness still hang around – we may however have a hard time NOT feeling uncomfortable as we laugh at his vignettes.

That discomfort may also exist because of today’s cultural criticism and the on-going news stream. It’s still clear that -- not only in less-diversified corners of the American theatre -- but in television, on the news, in music videos, and on social media, much of the world still relies on Black American culture for entertainment, while feeling equally comfortable demonizing it at the same time.

While the iconography and tropes that The Colored Museum plays with from the laughable characters in “The Last Mama on The Couch Play” to references of Black entertainers of the past that Wolfe caricatures (the mashup of Josephine Baker and Diana Ross’ Tracey Chambers in the 1975 movie Mahogany, who we meet in “LaLa’s Opening”) may be lost on some, Bolden is already considering ways to support audiences.

“There is a [some] responsibility on the audience member to come in with a little bit of history, and I think we can help that,” relayed Bolden, who added that lobby presentations providing insight on the play are one way offer context for The Colored Museum’s somewhat-brutal satire. Public discussion and literature offered much in the way of American Stage’s “Beneath the Surface” series offered for Dutchman are also being considered.

Wolfe’s outlandish satire will win over most audiences, regardless of available cultural references. The twisted humor in his writing as he ponders what’s really being ‘served’ by the Mammy stereotype in “Cookin’ with Aunt Ethel”… the trials of an alcoholic drag queen shared in “The Gospel According to Miss Roj”… and the politics of Black women’s hair as told by two wig-stands in “The Hairpiece”…are immensely entertaining, with or without context.

Bolden is also pondering how one of vignettes – “The Photo Session” – can be excavated to better examine how “we live our lives differently in front of cameras.” Social media, he asserted, creates a framework where “we are not our true selves, and we can make up an entire personality, or entire life,” adding that he feels the piece resonates even more heavily now.

“I'm so over reality television because it's not reality. And people aren't honest about reality and how they're really living their lives. People will aspire to be what they see; it [reality TV] has become weaponized.” In lieu of Wolfe updating the piece – which was written before reality TV and social media were born – Bolden is considering how today’s cultural environment makes the topic of the piece even more impactful.

Calling himself a “physical actor,” Bolden is ready for the intensive rehearsal process that will demand a cast of performers able to take on the Wolfe’s physically demanding play – and he’s already considering how to craft a visual theatricality that matches its absurdness.

Wolfe’s play demands a fearlessness of vision and heart, and Bolden seems prepared to deliver both. His intelligent and thoughtful insight into The Colored Museum’s messages dovetail with a deep sense of artistic responsibility, evident as he shared his love for the give-and-take experiences with students in the classroom.

“I think artists teach people how to treat people,” he offered as final thoughts. “We're missing a big part of our creative selves when it’s not nourished, cultivated. I strongly believe that we walk around every day ‘less than’ because we don't have that exposure in schools anymore. I think that if the arts aren't supported, we're missing a step in how to see a person's humanity, how to see their vulnerability, [and] how to be vulnerable. I’m talking about any art form. To me there's a direct correlation between the deterioration of our society and the lack of arts funding.”

About The Colored Museum